In June, a bipartisan group of 58 U.S. representatives came together with a $1.3 trillion infrastructure spending plan. This plan would direct $582 billion to roads, bridges and highways over eight years. It includes funding for transit, electric vehicles, broadband, clean energy and the power grid.

While the House plan is being considered, 10 senators announced a framework for a $1.2 trillion package. The Senate plan, proposed to be spread over five or eight years, would be paid for by increasing the gas tax at the rate of inflation. It has been nearly 30 years since the gas tax, at 18.4 cents per gallon, was increased. Both bills remain short of the plan President Joe Biden is seeking, which amounts to $1.7 trillion.

While the politics may be complicated, there seems to be genuine momentum to pass a large bill this summer. Anyone who travels frequently recognizes that our nation’s roads, bridges and some airports need significant enhancements. The American Society of Civil Engineers has given Georgia a C+ rating on its 2021 infrastructure report card. That doesn’t sound great, but there are more problems across the country. Nationally, America’s infrastructure scores a C-, due to wear and tear on roads, as well as water main breaks happening every 2 minutes, according to Utah State University.

There also is a national security issue to be considered. I have served on the Gulf States Shipbuilders Consortium Board for several years, and it is our concern that we need significant investment in our nation’s shipyards. The Navy has 296 deployable ships, and experts advocate for another 50 to 60 ships, to build a larger fleet needed to match those of other countries, like China and Russia. To service today’s fleet, we need modernization, maintenance and expansion projects, including capital improvements from dry docks to updated tools, equipment and facilities.

So, if you accept the premise that we need these investments, and if a bill passes, what happens next? The U.S. has its most educated population in history, considering that, for decades, two-thirds of all high school students have matriculated to college. Meanwhile, we have a historic number of job openings, along with high demand in trade fields. 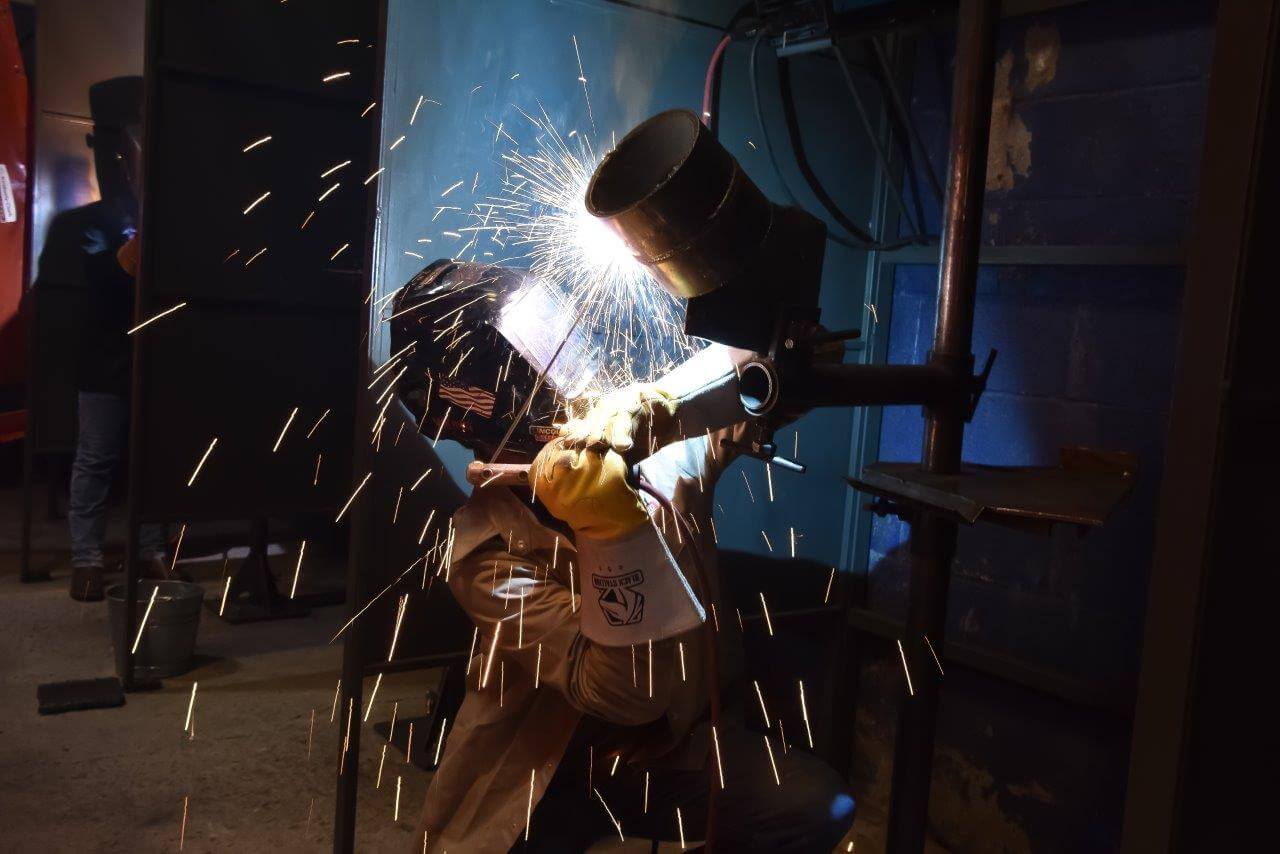 Georgetown University operates a workforce development center, and its research suggests the U.S. has 30 million jobs paying more than $55,000 annually. These jobs do not require a college degree, but do require technical certificates. In 1990, the U.S. Department of Education reported 25% of high school students were interested in the skilled trades. Today, that number has fallen to 20%, and efforts to remedy this trend are not widespread or proportional to the issue. For example, California has invested more than $200 million to improve its vocational education programs. However, only $6 million has been allocated on marketing those vocational programs to skeptical audiences, like parents, counselors and principals.

The Brookings Institute predicts that an infrastructure bill could increase hiring in select trades by up to 60% over the next decade, compared with 3.7% across all jobs nationally. This prediction is supported heavily by the actions of employers. Huntington Ingalls recently announced plans to hire 3,000 shipbuilding workers. It is reported that Tesla is offering $3,500 sign-on bonuses to work at its new Texas location. Samsung reacted to this by offering $5,000 to new hires. Overall, companies are recognizing the value of skilled laborers, but colleges and universities are still behind in this trend.

Bio: Ryan Blythe is the founder of Georgia Trade School, which for the sixth consecutive year, was named one of the Cobb Chamber Top 25 Small Businesses of the Year.

If an infrastructure bill passes, job openings in select trades could increase by up to 60% over the next decade.