The story behind The Jewelsmith, a famil y-owned jewelry store at The Avenue of West Cobb, may have been described best by Monique Sparks, wife of third-generation jeweler Oliver Ronquillo, as “the epitome of the American dream.”

Oliver, a GIA-certified master jeweler, immigrated from the Philippines in 1971. His primary education started at age 15, as he watched and worked with his father and grandfather, who also came to work in the U.S.

“Oliver’s father is well-known in metro Atlanta by most of the larger jewelry stores for whom they’ve done repair work,” Monique said. While Oliver began his career as an independent jeweler, the economy caused him to change course in 2008. He entered the corporate world, where he managed repair shops, gaining valuable business experience and developing skills for training and encouraging other jewelers.

“After 10 years of doing this, he realized he truly wanted to have his own shop,” Monique said. “Working behind the scenes at other shops didn’t allow him to develop relationships with the customers. This was something he felt was lacking in his craft.”

With a fresh, customer-oriented focus, Oliver and Monique opened The Jewelsmith in June 2019 with some essential guiding principles:

Just as The Jewelsmith’s owners value family, they also love being part of special occasions celebrated by other families.

“We have received engagement videos from happy couples, and a video of an 88-year-old grandmother, who received a gift of her mother’s ring turned into a pendant. Her tears of joy were priceless,” Monique said.

“We were also able to restore a 100-year-old rosary, which is a family heirloom. It is now going to be passed down to another generation. We consider it a great privilege to be able to be a part of something so extraordinarily special as these occasions.”

With son Zach, the fourth generation, training to continue the family tradition, Oliver and Monique are excited about The Jewelsmith’s future. Tristan, another son, is an apprentice, learning the trade, and his wife, Courtney, is responsible for computer-aided design, and designs jewelry to carry in the shop and online.

“We have gone from being just Oliver and Monique, to being able to hire three employees, all of whom are our kids,” she said. “We love being able to provide jobs for some of our children, as well as spend time with them in the family business. All of this happened as we faced a global pandemic; we can only credit God for our continued success.” 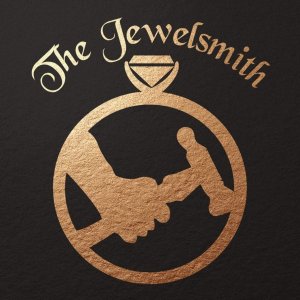