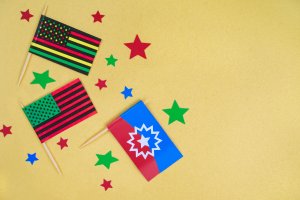 While Juneteenth might have originated in Texas, the celebration has spread to all 50 states and the District of Columbia.

Juneteenth — a combination of “June” and “nineteenth” — is known as Black Independence Day, as it marks the day that word about the end of slavery finally reached Texas, according to history.com. President Abraham Lincoln abolished slavery in the United States when he issued the Emancipation Proclamation, which went into effect Jan. 1, 1863. But the news didn’t make it to the Lone Star State until 2½ years later, when Union soldiers arrived in Galveston on June 19, 1865, to announce the war had ended, and all enslaved Black people in the state were free by executive decree.

Hearing they were free, former slaves celebrated with church services, picnics, socials, rodeos and other events, which was the beginning of various annual traditions.

The holiday originated in Galveston, and for years, it primarily was celebrated in Texas, which declared it an official state holiday in 1980. However, other states gradually started recognizing it officially. Minnesota began acknowledging it in 1971 but didn’t declare it an official holiday until 1996. In 2011, Georgia became the 37th state to recognize it, and the last state, South Dakota, made it a holiday in February 2022. It became a federal holiday in 2021.

Locally, Acworth, Kennesaw and Marietta plan to observe the longest-running Black holiday with celebrations during the third weekend in June.

Marietta will kick off the observance with the 19th Annual Juneteenth Celebration Weekend June 17-18 at Glover Park in the Marietta Square. Hosted by the Cobb County branch of the NAACP, the two-day event begins with Evening Under the Stars featuring Jazzy Blu Band & Friends 6-11 p.m. Friday. The Juneteenth Cultural Festival 10 a.m.-7 p.m. Saturday will feature more than 100 vendors; performances by Grammy Award-winning vocalist Le’Andria Johnson, Atlanta Ol Skool Drummers and other entertainers; a health fair; and a children’s area and activities.

Kennesaw will mark the holiday with One Community: A Juneteenth Celebration of Unity 11 a.m.-2 p.m. June 18 at Swift-Cantrell Park. The Kennesaw Police Department and its citizens advisory board are sponsoring the second annual event, which will feature food trucks, community vendors, bouncy houses, police and fire truck displays, entertainment and more.

The free celebration is a result of the department partnering with a team of faith and community leaders to honor the community, its diversity and its unity at a family-friendly event.

“We look forward once again to celebrating Juneteenth as one community,” Chief of Police Bill Westenberger said. “We want to take the opportunity to celebrate a day recognizing freedom through emancipation. There is no better day to engage diversity by celebrating opportunities to be together, play together, eat together and celebrate together.”

One of the largest celebrations in the area will be the 10th annual Juneteenth Atlanta Parade and Music Festival June 17-19 at Centennial Olympic Park. The event will include speakers, an artist market, double dutch, family reunions, food, kids activities and a parade, march and rally. For information, visit www.juneteenthatl.com.